A doomy, retro-metal four-piece hailing from Austin, Texas, the Sword draw from a wide array of influences and hard rock subgenres. First conceived in 2003, the Sword really hit their stride about a year later, when founding vocalist and guitarist J.D. Cronise joined forces with guitarist Kyle Shutt, bassist Bryan Richie, and drummer Trivett Wingo, and made a much raved-about appearance at Austin’s famed SXSW festival. National touring stints with everyone from Clutch to indie rock darlings …And You Will Know Us by the Trail of Dead followed, and by mid-2005, the Sword had been picked up by New York-based indie label Kemado Records, with their much-anticipated debut album, Age of Winters, appearing early the next year. Before completing their second album, they contributed two songs (one original and one Led Zeppelin cover) to a split 12″ EP with Swedish heavy rockers Witchcraft in November 2007. Gods of the Earth arrived in spring 2008. Changing their muse from fantasy to science fiction, the Sword released Warp Riders in 2010, a concept album featuring an original narrative written by the band. In 2012 they came back from their sci-fi journey with their fourth full-length, Apocryphon, which blended the fantasy elements of their earlier work with a more far-out, metaphysical vibe. The band further tweaked its sound for 2015’s High Country, eschewing some of the heavier doom metal tendencies of prior outings for a more streamlined, Southern hard rock feel. Low Country, a companion LP that saw the band further strip back its sound and deliver new acoustic versions of the songs from High Country, followed in 2016. The following year saw the release of the band’s first concert album, Greetings From, which was recorded in 2016 during their fall tour supporting Opeth. January 2018 saw the band issue the single “Deadly Nightshade” ahead of the release of the Tucker Martine-produced full-length Used Future, which followed later that March. ~ Eduardo Rivadavia, Rovi 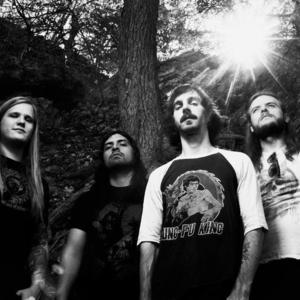