FIT FOR A KING

FIT FOR A KING use the tools of heavy music and melodic hooks to honestly explore the dark side of the human experience, ultimately wrenching timeless hope from the jaws of anxiety, depression, and seemingly certain despair.

No matter the pristine picture of self-worth we project, in the unquenchable pursuit of recognition and affirmation, the gnawing anxiousness of guilt and brokenness chews away at our spirits, uncovering new pain and vulnerability.

Dark Skies is FIT FOR A KING’s evocative declaration of a hard won victory. “This album is far from happy. It’s about personal struggles,” explains singer Ryan Kirby. “It touches on many subjects relevant to all of our daily lives.”

The band has traveled the United States and Europe with Vans Warped Tour, Beartooth, Every Time I Die, August Burns Red, The Amity Affliction, Whitechapel, For Today, After The Burial, and Attila to name a few.

FIT FOR A KING was built with bootstrap ethics and do-it-yourself vigor. On the strength of self-released material, the group joined Solid State for a string of successful albums that connected with the downtrodden and dispossessed. Creation/Destruction (2013) debuted at Number 6 on the Hard Rock chart. Slave to Nothing (2014) cracked the Top 50 of Billboard’s Top Current Albums. Deathgrip (2016) climbed to Number 5 among Hard Rock Albums. 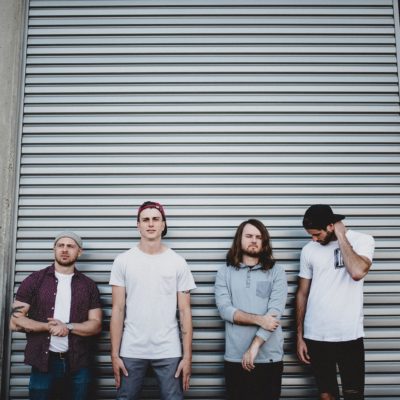 FIT FOR A KING