Evoking the frantic fury of metalcore progenitors like Converge, Code Orange are a metal band based out of Pittsburgh, Pennsylvania. Formed in 2008 as Code Orange Kids while its members were still in high school, the band originally formed as a more traditional punk outfit before exploring the realm of heavier music. By 2012, the lineup of Eric Balderose (guitars/vocals), Reba Meyers (guitars/vocals), Joe Goldman (bass), and Jami Morgan (drums/vocals) announced they were signing on with Deathwish, the label of Converge frontman Jacob Bannon. That same year, Code Orange made their menacing full-length debut with Love Is Love/Return to Dust. A sophomore effort, I Am King, followed in 2014. The band’s Kurt Ballou-produced sophomore LP, I Am King, dropped in 2014 and debuted on the Billboard 200 at 96, peaking at number ten on the Top Hard Rock Albums chart. In October of 2016 the band released a new single, “Forever,” in anticipation of the release of its third studio album, Forever, which arrived early the following year via Roadrunner Records. In 2018 the band issued the digital EP The Hurt Will Go On, which included the single “The Hunt” (feat. Corey Taylor). 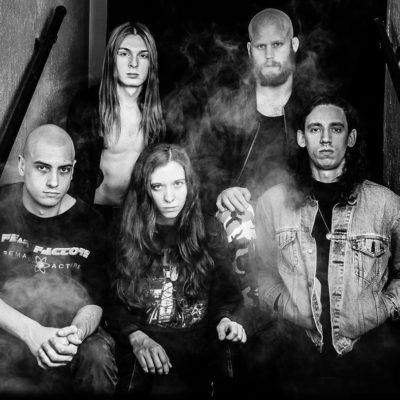