Some bands play it safe when it comes to taking their next steps. But then, While She Sleeps have never been “some band”. The Sheffield quintet have made a career of confounding expectations, beit through a blend of crushing metal, guttural hardcore and arena-worthy hooks, or how they’ve carried themselves over an explosive 13-year career

2017’s You Are We was a testament to self-belief and determination; crowdfunded and released on the band’s own Sleeps Brothers label, it earned award nominations from Metal Hammer and a Best Album win at the HMAs, as well as landing them in the top 10 UK charts. Now, they look to build on that success with the release of 4th album SO WHAT?

With You Are We wrapped up, the band decamped to their self-built Sleeps Audio complex where spent 5 months recording the next chapter. Produced by Carl Bown SO WHAT? promises another defiant step forward. It’s punk, it’s heavy metal, and it sounds unlike anything you’ve heard from them before. It’s the sound of While She Sleeps reborn

Set for release on Sleeps Brothers in collaboration with metal mega-label Spinefarm SO WHAT? sees While She Sleeps working with a major for the first time since 2015’s Brainwashed and the band are at pains to point out this won’t mean compromise in their vision. With a bigger platform to get their music into the world, 2019 is shaping up to be the year of While She Sleeps. For a band who’ve spent over a decade redefining modern metal it seems the best is yet to come

MAY 05: Jacksonville, FL – Welcome to Rockville 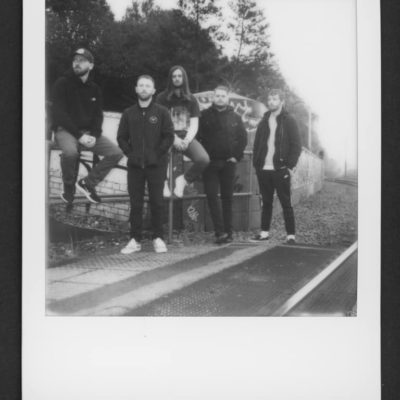