Fake Furs is when Sonny Wong, born in the USA, met László Bolender, born in France.

First contact was initiated on a film set for which Sonny Wong (drums, etc.) was the cinematographer and Laszlo Bolender (vocals, etc.) was the sound operator, the band released their first EP, -1, in a just a few days after forming. The band’s characteristics were then immediately delineated: a distillation of intoxicating drum beats and guitar noise, lead by strong melodies and supported by the low end of a triangular waveform from an analog monophonic synthesizer. Their sound, that they like to coin Dirty Velvet Rock, was at last brought into being.

While playing an extensive amount of shows in the L.A. area, they went in the studio at Triangle Wave Records, László’s personal studio/sound lab, to push the boundaries further with their first LP, Follow The Guns. As they continued to play various shows — some official and some secret — Fake Furs took the time in between to produce a second record called Fragments again at Triangle Wave Records. 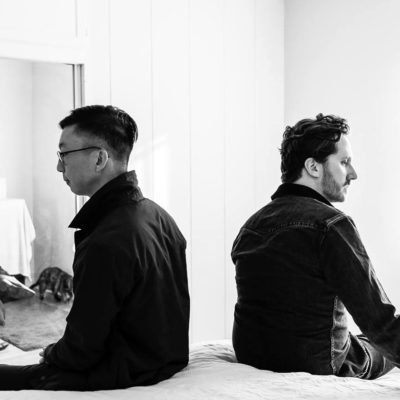