Nothing More is an American rock band from San Antonio, Texas, United States. Formed in 2003, the band spent much of the 2000s recording independent albums and struggling to maintain a steady lineup or attract record label interest. Towards the end of the decade, the band’s long-time drummer, Jonny Hawkins, decided to switch to being the band’s frontman and lead vocalist, stabilizing the band’s core lineup along with other long-time members Mark Vollelunga (guitar) and Daniel Oliver (bass). The band self-funded and recorded their fourth studio album, Nothing More, over the course of three years and used it to gain the attention of Eleven Seven Music record label, who signed the band to a five album record contract upon hearing it. The album became the band’s breakthrough release in 2014, with multiple charting singles, including “This is the Time (Ballast)”, which hit number 1 on the Mediabase Active Rock chart and number 2 on the Billboard Mainstream Rock chart, and “Mr. MTV”, “Jenny”, and “Here’s to the Heartache” all charting in the top 15 of both charts.

The band began working on a follow-up in 2016 while continuing to tour in support of their self-titled release, and in September 2017, released their fifth studio album – their second on a major record label – The Stories We Tell Ourselves. The lead single, “Go to War”, outperformed the prior singles, topping the Mainstream Rock chart, and the release earned the band three Grammy Award nominations; Best Rock Album for the album, and Best Rock Song and Best Rock Performance for “Go to War”. The band continued to promote the release moving into 2018, releasing singles, “Do You Really Want It?” and “Just Say When”, and embarking on multiple North American tours. 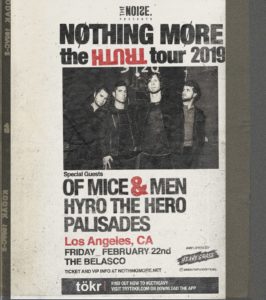 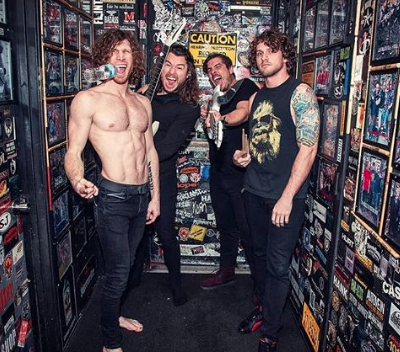