Asking Alexandria have earned a place among the most streamed, downloaded, watched,& altogether listened to bands in a generation, combining the innovation of modern active rock with the traditional attitude of the culture’s trailblazers.

“The Final Episode” & “Not the American Average” were both certified gold by the RIAA for single sales in excess of 500,000 each.The music videos for those two singles alone amassed over 100 million views on YouTube. Their third full length album, From Death to Destiny (2013), shot to #1 on the Rock and Metal charts in the U.K. & cracked the Top 5 of the Billboard 200 in the United States upon its release.

Made with producer Matt Good, Asking Alexandria’s self-titled fifth album is an unbridled celebration of acceptance, of the strength of diversity and the freedom of “leaning into the crazy” (as Worsnop puts it), instead of struggling for conformity.

“Into the Fire” offers a beautifully combative, contradictory & unrelentingly powerful message to the true believers who have stood by this band through thick and thin. “I wouldn’t take back a moment /Not one miserable moment /I’ll give it all ‘till there’s nothing left,” Worsnop sings. It’s most assuredly a genuine promise. 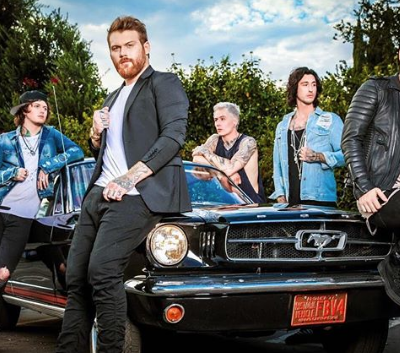