Since assuming consciousness in 2011 on their full-length debut Burn This World, The Browning have diligently and decidedly expanded the boundaries of heavy music through a seamless automation of industrial, electronic, rock, and metal styles, and video game score-style expanse. 2013’s Hypernova represented a high watermark for the Kansas City, MO quartet. Named “Album of the Week” by Revolver, it yielded the signature anthem “Bloodlust,” which clocked over 2.6 million views and nearly 2 million streams. In 2016, they reached another level with Isolation, earning acclaim from outlets such as New Noise Magazine and generating millions of views between “Dragon” and “Disconnect.” However, the group’s fourth full-length album, Geist, fully represents the actualization of the sound McBee envisioned nearly a decade before.

“My goal for The Browning is to be industrial-electronic-rock-metal, For this new album, I knew there needed to be a massive change. That change had to come from the vocals. I’ve been working on finding the right voice for three years that’s powerful and melodic, but still heavy. It was a long process, I documented most of it live on my Twitch channel.” As McBee faced myriad personal trials and tribulations, he simultaneously wrote countless songs and streamed the creative process on Twitch. Upwards of 100 users might tune in daily to witness his catharsis in real-time. Six of those songs would land on Geist.“

THE BROWNING CARNAGE ACROSS AMERICA TOUR: 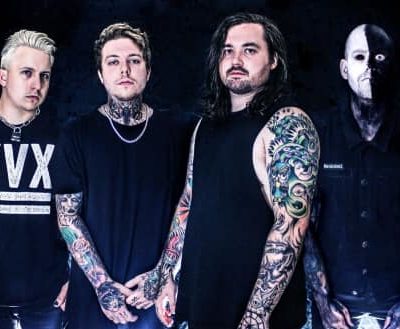