Over the top, abrasive, and heavy style was a welcome sound amidst the alternative scenes occupying the worlds of hip-hop, punk, and rock .Known for their abrasive and confrontational performance style  combined with the punk-infused raucousness, Ho99o9 are an alternative hip-hop group based in Los Angeles, California. Hailing from Newark, New Jersey, the project was started by the group’s frontrunners, theOGM and Eaddy, in 2012. Both were initially involved in a performing arts collective known as the NJstreetKLAN, where they began to flex their creative muscles Ho99o9 was one of Rolling Stone‘s “10 New Artists You Need to Know” in 2014 and The Guardian‘s “New Band of the Week”. The band has performed at the Afropunk Festival in 2014, the SXSW Music Festival in 2015 and Primavera Sound Festival in 2016. Ho99o9 has released two EPs, Mutant Freax and Horrors of 1999, accompanied by grindhouse-style music videos; their first full-length album United States Of Horror was released on the 5th of May, 2017. 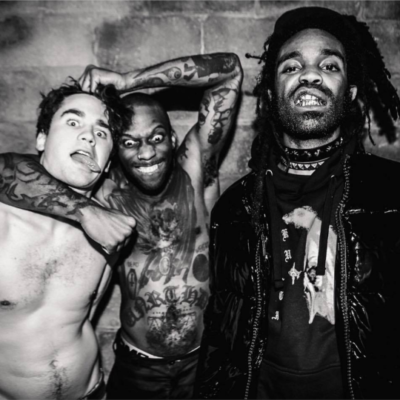