A shape-shifting hard rock outfit from Bristol, England, Turbowolf offer up a heady (and often heavy) mix of punk, psych-rock, metal, and electronica that invokes names like Death from Above 1979, Queens of the Stone Age, Wolfmother, and Royal Blood. Formed in 2008 around the talents of Chris Georgiadis (vocals, synth), Andy Ghosh (guitar), Lianna Lee Davies (bass), and Blake Davies (drums), Turbowolf spent their early years honing their distinctive sound on the road, sharing bills with a wide range of heavy-hitters including Korn, Pulled Apart by Horses, and the Eighties B-Line Matchbox Disaster. The quartet inked a deal with Hassle Records in 2011 and issued its eponymous debut full-length shortly thereafter. The Covers EP, Vol. 1 arrived in 2012, and saw the group taking on songs by Jefferson Airplane, MGMT, and the Hives. It was followed by their sophomore studio long-player, Two Hands, in 2015. In October 2017, the band dropped the title track from its forthcoming third studio effort, The Free Life, which arrived in March 2018 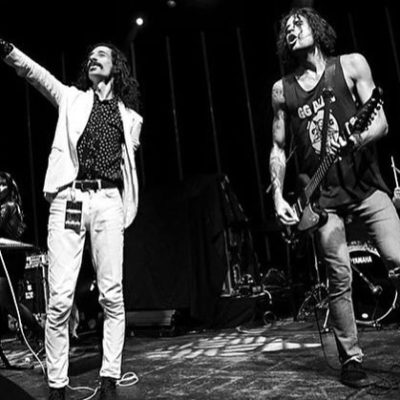