In any cultural movement there are leaders and there are followers. But most importantly, there are those uniquely innovative provocateurs that take the familiar, turn it upside down, and burn it with new creative fire. Like a b-boy mad scientist smashing the windows of the mainstream with fusion of rap and rock and resurrects it. Hyro combustible concoction is one hip-hop relvance. Its the most punk rock rap and the most hip-hop punk. The mash-up of rock and rap was pioneered by groups like Run DMC and firebombs by Rage Against The Machine, before it was co-opted, watered down, and worn out by slew of no-talent copycats with nothing to say.

Hyro was embraced early on by Deftones , Wu-Tang Clan, and the Vans Warped Tour alike, earning accolades in tastemaker publications like Kerrang! and airplay on BBC Radio 1, becoming the first artist to ever play three stages at Download Festival in the same year, and inspiring a new generation of HEAVY music enthusiasts and hip-hop heads in equal measure. 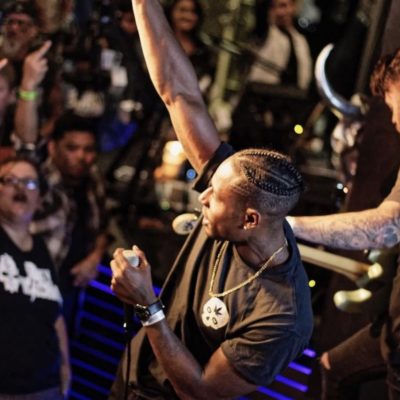