Eric Whitney (born 15 April 1991), professionally known as Ghostemane, is an American rapper and singer. Growing up in Florida, Ghostemane originally played in local hardcore punk and doom metal bands. He moved to Los Angeles, California after starting his career as a rapper and eventually found success in the underground.

Ghostemane’s merging of rap and metal gained him popularity on SoundCloud, amongst other underground artists such as Scarlxrd, Bones and Suicideboys. In 2018 Ghostemane released the album, N/O/I/S/E, which was highly anticipated in the underground due to its heavy influence from industrial and nu metal groups. 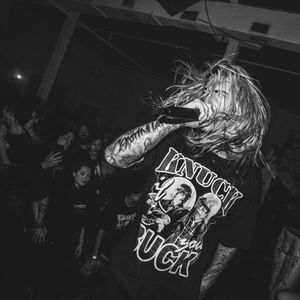