Ozzy Osbourne’s health problems derailed most of his plans across 2018 and 2019, but his recently revitalized career — from his hit single with Post Malone to his forthcoming new solo album — suggests the Prince of Darkness is back to full strength. Today, however, he’s bravely come forward with an unsettling truth about the state of his health, revealing his diagnosis of Parkin 2, a milder form of Parkinson’s disease, which was discovered in the months after a fall he suffered early last year.

“It’s been terribly challenging for us all,” the singer opens in an exclusive sit-down with Good Morning America’s Robin Roberts. After outlining the events leading up to the discovery, from playing his Ozzfest New Year’s Even 2018 gig to the neck surgery that impacted his nervous system, Ozzy lets Sharon take the lead in explaining his newfound condition.

“There’s so many different types of Parkinson’s,” Ozzy’s manager and wife explains. “It’s not a death sentence by any stretch of the imagination, but it does affect certain nerves in your body.” The disease is degenerative one that progresses slowly, and Sharon describes the condition as something that can manifest as a series of good days followed by a very bad one. There is currently no cure.

Sharon becomes emotional near the end of the interview, saying it’s time for her husband to get back to performing. “I need it, you know. That’s my drug today,” Ozzy explains of his desire to return to the road. “I ain’t done yet. I ain’t gonna go anywhere yet.”

Watch the full interview above. His forthcoming solo album Ordinary Man is due out February 21st, with preorder bundles available here. His North American tour with Marilyn Manson is set to kick off in May. 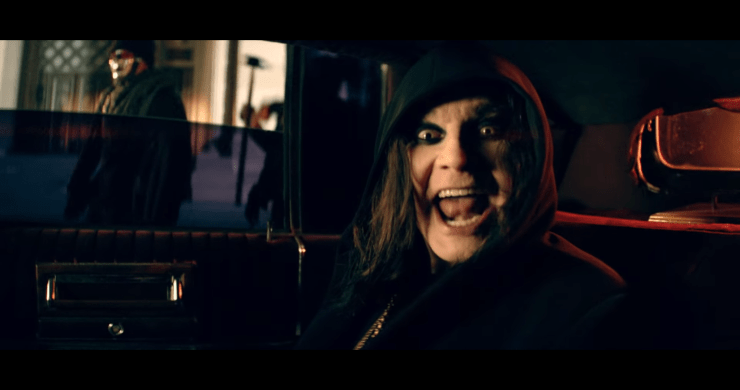